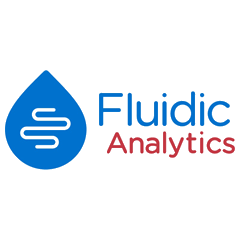 Fluidic Analytics is a pioneer in protein analysis. Founded as a spin-out from the University of Cambridge, Fluidic Analytics continues to grow at an extraordinary rate and in 2018 raised $27m Series A round to continue developing its pipeline of products for characterizing proteins and the way they interact with other biomolecules. The business’ ultimate goal is to use data from such devices to provide doctors – and, in time, everyone – with early warnings and real-time updates about any person’s health status, including responses to particular drugs, the early stages of disease or the development of allergies.

Their current flagship product, Fluidity One-W uses the company’s transformational microfluidic diffusional sizing (MDS) technology to characterize protein interactions in solution and in crude backgrounds. This technology gives researchers and drug developers the power to more accurately characterize, quantity and distinguish protein interactions of all kinds – even difficult-to-study interactions like on-target and off-target binding of drugs and interactions involving proteins that are intrinsically disordered. It also has clinical applications in transplantology and COVID-19 testing.

DNA has the power to predict what is likely to happen in a biological system at some point in time, but proteins have the power to tell us what is actually happening at any given point in time. While recent advances in genomics have made it cheap and easy to characterize DNA, proteins and protein interactions are notoriously hard to read with traditional technologies. Fluidic is striving to change all this.

IQ Capital has led investments in Fluidic Analytics at Seed stages in 2014-2016 and followed through to Series A in 2018.

"The cross disciplinary technical exposure that IQ has is incredibly valuable to all of their portfolio companies."