Synthesized named as one of the leading British AI companies

Amid the Covid-19 gloom, many cutting-edge technology companies have quietly been getting on with raising finance – with artificial intelligence emerging as a particular focus for investors. Last month, for example, London-based Temporall raised £1m of seed investment to continue developing its AI- and analytics-based workplace insights platform. It was just the latest in a string of AI businesses to successfully raise finance in recent months despite the uncertainties of the pandemic.

That extends a trend seen last year. In September, a report from TechNation and Crunchbase revealed that UK AI investment reached a record level of $1bn in the first half of 2019, surpassing the total amount of new finance raised during the whole of the previous year.

The UK’s AI industry has been boosted by a supportive public sector environment: the UK government is leading the way on AI investment in Europe and has become the third biggest spender on AI in the world. In the private sector, meanwhile, many British companies offer world-leading technologies. Take just five of the most innovative AI start-ups in the UK:

Founded in 2017, by Dr Nicolai Baldin, a machine-learning researcher based at the University of Cambridge, Synthesized has created an all-in-one data provisioning and preparation platform that is underpinned by AI.

In just 10 minutes, its technology can generate a representative synthetic dataset incorporating millions of records, helping an organisation to share insights safely and efficiently while automatically complying with data regulations. In March, Synthesized raised $2.8m in funding with the aim of doubling the number of its employees in London and accelerating the company’s rapid expansion. Recommended For You

With more than $180m in funding, Onfido is on a mission to help businesses verify people’s identities. Founded in 2012, it uses machine learning and AI technologies, including face detection and character recognition, to verify documents such as passports and ID cards, and to help companies with fraud prevention.

Onfido is headquartered in London and now employs more than 400 employees across seven offices worldwide. In 2019 the company had over 1,500 customers including Revolut, Monzo and Zipcar.

Aiming disrupt the pharmaceutical sector, Benevolent AI’s goal is to find medicines for diseases that have no treatment. Benevolent AI applies AI and machine learning tools together with other cutting-edge technologies to try to reinvent the ways drugs are discovered and developed.

The business was founded in 2013 and has raised almost $300m in funding. Its software reduces drug development costs, decreases failure rates and increases the speed at which medicines are generated. Right now, it is focusing on searching for treatments for Covid-19.

Plum is an AI assistant that helps people manage their money and increase their savings. It uses a mix of AI and behavioural science to help users change the way they engage with their finances – for example, it points out savings they can afford by analysing their bank transactions.

Plum also allows its users to invest the money saved, as well as to easily switch household suppliers to secure better deals – the average customer can save roughly £230 a year on regular bills it claims.

After meeting at the Machine Intelligence Lab at the University of Cambridge, Nikola Mrkšić, Pei-Hao Su and Tsung-Hsien Wen – a group of “conversational AI” experts – started Poly AI. CEO Mrkšić was previously the first engineer at Apple-acquired VocalIQ, which became an essential part of Siri.

Poly AI helps contact centres scale. The company’s technology not only understands customers’ queries, but also addresses them in a conversational way, either via voice, email or messaging. The company doesn’t position itself as a replacement to human contact centre agents, but as an enhancement that works alongside them. Poly AI has secured $12m in funding to date and works as a team of seven out of its London headquarters.

Go to Spectral Edge Fusion innovation brings RGB and Near Infrared light together for breakthrough, no-compromise performance in low lighting 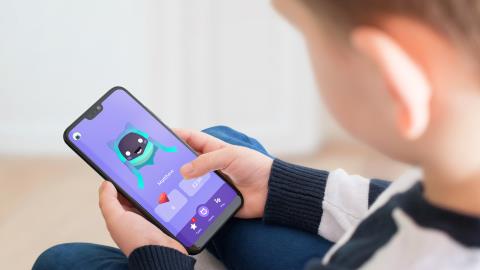