• Ground-breaking machine-learning neural network can recognise the signs of lung cancer, enabling early interception and giving doctors a huge opportunity to get patients treated before the disease has metastasised, crucially increasing survival rates.
• This will help identify and urgently prioritise referrals for patients with a genuine high-risk of cancer, speeding up time to the start of treatment, reducing unnecessary procedures on healthy patients, saving NHS time, and freeing up resources for patients with cancer who really need them.
• Technology development supported by innovation funding from Innovate UK, the National Institute for Health Research (NIHR) and EIT Health and working in partnership with key NHS trusts.

OXFORD, UK – 27 April 2021. Optellum, an Oxford-based lung health technology company, which has been supported by partnerships with the NHS and funding from Innovate UK and the National Institute for Health Research (NIHR), is marking a world’s-first breakthrough in achieving FDA clearance for the application of artificial intelligence (AI) decision support in lung cancer diagnosis.

Their AI-powered clinical decision support software, Virtual Nodule Clinic, gives clinicians support in identifying and tracking at-risk patients who present suspicious lung nodules which may or may not be cancerous, and making optimal clinical decisions. It integrates a clinically-validated Lung Cancer Prediction (LCP) score based on imaging AI. This has the potential to improve clinical care coordination and decisions, with the aim to get patients treated before the disease has metastasised – crucially increasing lung cancer survival rates.

Lung cancer is the leading cause of cancer deaths in the UK, accounting for 21% of all cancer deaths in any one year1. When diagnosed at an early stage, almost 57% of people in the UK with lung cancer will survive their disease for five years or more, compared with only 3% when the disease is diagnosed at the latest stage2. Currently, around three-quarters of lung cancer cases are diagnosed at a late stage in the UK , although the survival rate for small tumours treated at Stage IA is up to 90%3. A key opportunity to catching lung cancer sooner is in the hundreds of thousands of Computed Tomography (CT) scans NHS patients already have each year4 for other conditions, such as heart scans or chest trauma scans after accidents. These scans often detect nodules which could be cancerous. The challenge is that most of the suspicious nodules are harmless, but doctors cannot immediately diagnose those which are cancerous; patients undergo further tests such as multiple CT scans and invasive procedures. Many patients with benign nodules undergo unnecessary and dangerous procedures such as biopsies and surgical resections, before knowing their diagnosis.

Cancer Research UK recently revealed that, due to delays in care caused by COVID-19, the number of people urgently referred for suspected lung cancer fell by 34% between March 2020 and January 2021 and added the numbers were of concern as cancer is more treatable when spotted at an early stage. Waiting lists are a problem for the NHS even at the best of times and due to the pandemic, researchers have estimated between 1,235 and 1,372 additional deaths in lung cancer due to diagnostic delays5.

With funding provided through the Innovate UK and the National Institute for Health Research (NIHR)6 partnerships as well as EIT Health, Optellum’s researchers have been using wealth of clinical information including CT images to train a machine-learning neural network to recognise the signs of the deadly disease. The Optellum technology has been developed and clinically-validated in partnership with several NHS hospitals – including Oxford University Hospitals NHS Foundation Trust, Nottingham University Hospitals NHS Trust, the Leeds Teaching Hospitals NHS Trust, and the Royal Brompton and Harefield hospitals – and brings British technology innovation to the forefront.

Physician use of Virtual Nodule Clinic is shown to improve diagnostic accuracy, clinical decision-making and consistency among physicians. The LCP AI has been extensively validated in multi-centre studies led by co-authors of clinical guidelines, and shown to consistently outperform conventional risk prediction models, currently recommended in clinical guidelines and considered state-of-the-art in classifying nodules as low, intermediate or high risk. It was published in the BMJ Thorax7 by lead author Professor David Baldwin, Chair of the UK Clinical Expert Group for Lung Cancer, and co-author of the current clinical guidelines for lung cancer in the UK and Professor of Medicine and Consultant Physician at Nottingham University Hospitals.

Prof. Baldwin comments: “The impact of the pandemic on lung cancer has been devastating – we have seen fewer diagnoses and more late-stage disease. It is imperative that we recover and diagnose more people at an early stage. Very early stage lung cancer can be difficult to diagnose because it shows up on scans as small pulmonary nodules. These can be tricky to classify so we need better ways to confirm whether a nodule is lung cancer or harmless and quickly as possible. Every day that a diagnosis is delayed diminishes a patient’s chances of survival.

That is why my NHS colleagues – leading radiologists and pulmonologists – and I have teamed up with Optellum to develop and validate this imaging AI-based software.
This will help identify and urgently prioritise referrals for patients with a genuine high-risk of cancer, speeding up time to the start of treatment, reducing unnecessary procedures on patients with benign lesions and saving NHS time and resources for those who ideally need them.”

Optellum was founded by Václav Potěšil, Lyndsey Pickup, Timor Kadir, Professor Sir Michael Brady and Jérôme Declerck; who met at the University of Oxford’s world-renowned computer vision laboratory. The company raised initial funding and commenced operations in 2017. To date the company has secured over £9 million in seed and government funding, including early-stage investments from St John’s College (University of Oxford), and the family office of Sir Martin & Lady Audrey Wood (founders of Oxford Instruments Plc, the first University of Oxford spin-out), later followed by investments from Luminous Ventures, IQ Capital and a number of private investors from the UK, Switzerland, Malaysia, Singapore, and Hong Kong.

Professor Sir Michael Brady commented: “In the UK we have world-leading artificial intelligence research in places like the University of Oxford. The NHS enables clinical research at a scale not possible anywhere else. Forward-thinking government funding helps to produce global leading companies, and I am convinced that Optellum is the next world-changing success story coming out of the Oxfordshire health and life sciences powerhouse.”

Lyndsey Pickup, co-founder and Senior Research Scientist for Optellum, comments: “This started as an Innovate UK project in 2014, where we developed the first prototype of this technology. I think it’s fantastic that the UK government, through Innovate UK and the NIHR, has supported it all the way along.
From our first proof of concept, before Optellum was founded, to product development and clinical trials, grant funding has been essential to see this work realise its potential. Now that support has taken us all the way to having a cleared medical device, which is going into hospitals to help actual real patients receive better care. Optellum is so grateful for the support of those within the NHS and the UK universities who have contributed to the research, particularly at a time when resources have been under additional pressure.” 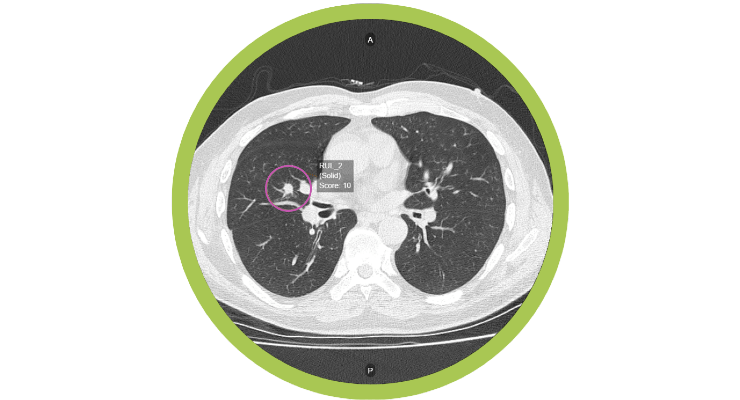 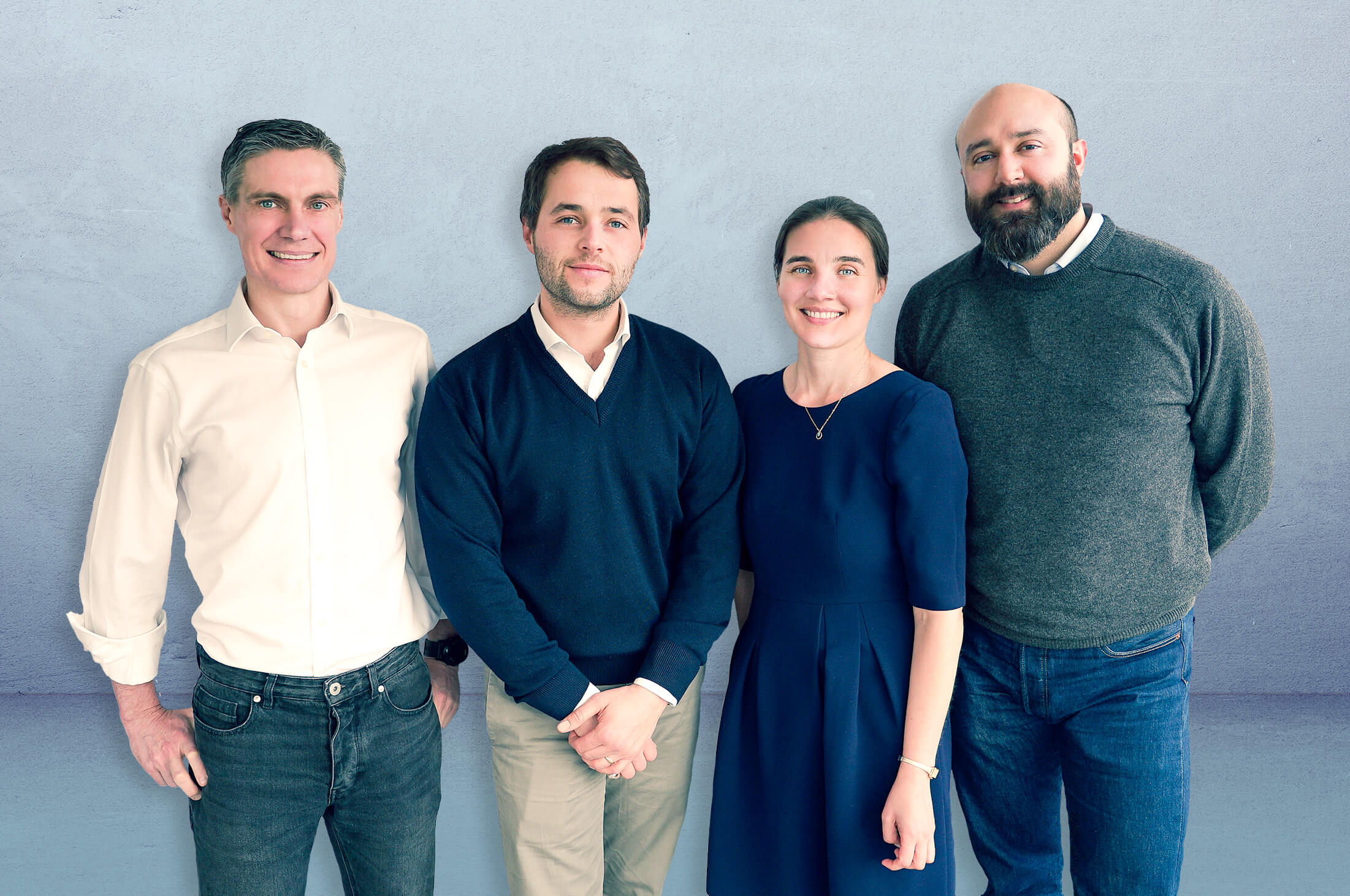