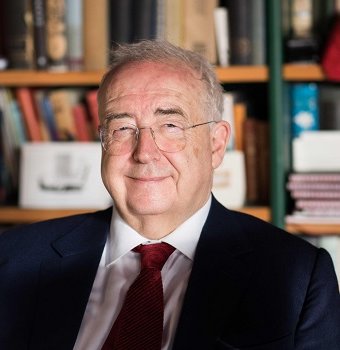 David Cleevely is an entrepreneur and international telecoms expert. David was founder and former Chairman of Analysys (acquired by Datatec International, 2004). In 1998, he co-founded Abcam and was Chairman until November 2009. In 2004 he co-founded 3WayNetworks (sold to Airvana, 2007). He has been a prime mover behind Cambridge Network, co-founder of Cambridge Wireless, co-founder and Chairman of Cambridge Angels and is a member of the IET Communications Policy Panel.

David Cleevely CBE FREng, FIET is the Chairman of the Raspberry Pi Foundation. He is the founder and former Chairman of telecoms consultancy Analysys (acquired by Datatec International in 2004). In 1998, he co-founded the web based antibody company Abcam (ABC.L) with Jonathan Milner and was Chairman until November 2009. He has co-founded several other companies and is Chairman of two of them, including the award winning restaurant “Bocca di Lupo” and its gelateria subsidiary, Gelupo.  He has been a director of two quoted companies.

He has been active in promoting Cambridge. He was a prime mover behind Cambridge Network, co-founder of Cambridge Wireless, co-founder and Chairman of Cambridge Angels, Founding Director of the Centre for Science and Policy at the University of Cambridge and Vice Chair of the Cambridgeshire and Peterborough Independent Economic Commission.  Other policy work has included membership of the IET Communications Policy Panel, the Ofcom Spectrum Advisory Board and the Enterprise Committee and the National Engineering Policy Group at the Royal Academy of Engineering. From 2001 to 2008 he was a member of the Ministry of Defence Board overseeing information systems and services (DES-ISS, formerly the Defence Communications Services Agency).

In addition to Raspberry Pi, his charitable work includes the Cambridge Science Centre, which he helped set up and fund in 2013 and continues as Chair.

After being sponsored to study Cybernetics at Reading by Post Office Telecommunications, he joined their Long Range Studies Division. A PhD at Cambridge was then followed by the Economist Intelligence Unit in London. He is a Fellow of the Royal Academy of Engineering and the IET. He was elected a Fellow Commoner of Queens College, Cambridge in 2013 and an Honorary Fellow of Trinity Hall in 2015. He was awarded a CBE in the Queen’s New Year Honours List in 2013.